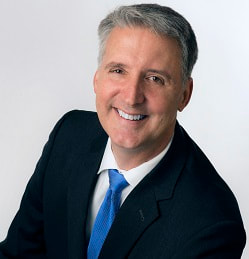 Brad Dacus served as Legislative Assistant to U.S. Senator Phil Gramm, and went on to
receive his Juris Doctor from the University of Texas, School of Law.  Brad coordinated
​religious freedom and  parental rights cases throughout the Western States for five
years prior to founding Pacific Justice Institute in 1997.  PJI has a network with hundreds of volunteer affiliate attorneys and handles more cases on the West Coast than any other organization of its kind.

Brad Dacus can be watched daily (M-F) on Brad Dacus Live on Hischannel.com and heard weekly on The Dacus Report on more than 711 radio stations across the country and also as a guest speaker on numerous radio and television programs across the nation.  He has appeared on America Live, CBS Evening News, CNN, Dateline NBC, Good Morning America, MSNBC, NBC News, News Talk TV, and The Today Show and numerous times on FOX News.

Mr. Dacus' varied public speaking opportunities include public debate and testifying before the United States House of    Representatives in Washington, D.C.  He has also testified numerous  times before the California State Legislature on legislation affecting  religious freedom and parents' rights.  Mr. Dacus continues to speak  regularly at churches, conferences, graduations and conventions  throughout the United States and was presented an honorary  Doctorate of Religious Freedom and Family Rights degree from California Baptist University in recognition of his commitment to faith and justice and his work protecting parental rights and  religious freedom through the Pacific Justice Institute.
Please click here to get information, updates and request the newsletter for the Pacific Justice Institute.

Forty years ago, my family moved to Orange County, when California was considered
​the Golden State, a land of opportunity, prosperity, and traditional family values.
With these values, I graduated from Irvine High, UCI, and UCLA Law as class president.
​I proudly served as an Army Officer. I managed hardware stores in Irvine and Villa Park,
and established my own successful law firm.

As a lifelong conservative Republican, I have fought for the unborn, volunteered in the District Attorney’s office, and assisted UCI’s Legal Aid Clinic. I served as Chair of Irvine’s Investment Committee, and provided legal services for police and firefighters. I have advocated for veterans, like funding for the Northwood Veterans’ Memorial and
defending their disability benefits.

With your support, I will fight for sensible conservative policies, especially for a prosperous economy, middle class tax cuts, better wages, reduced spending, affordable middle-class healthcare, and upward mobility for our youth. Domestically, we must protect and increase social security and defend our First and Second Amendment rights, including religious freedom and the right to life. I support President Trump’s national security policies and efforts to secure our borders. As your hometown Congressman, I would strive for civility in Congress and a better life for all.
Being invited to speak at SCARWF should not be construed as an endorsement of any candidate.
​Also running for the Congressional 45th District on the Republican ticket are Brian Burley, Shawn Collins,
Terry Dale, Nick Taurus, ​and Amy Phan West, each of whom SCARWF hopes to hear from at our club in the
​near future, so that our members can make the most informed decision possible in the upcoming election.

Keynote speaker Jon Matthews, of the Eagle Forum CA, will be joining us to speak about Election Integrity
​
​and Nick Taurus, running for Congress in California’s 45th Congressional District!

​"Surviving the Newsom Recall; What Happened - What's Next?" 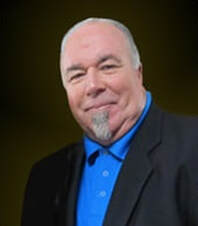 Jon Matthews, Founder of Eagle Forum CA
The Recall effort to remove and replace Gov. Gavin Newsom ignited a grass roots movement unlike any other in California’s history. The effort crossed political lines bringing together conservatives, independents, liberals and moderates, all determined to rescue the Golden State from the tyrannical death-grip that is squeezing life, liberty and wealth out of California residents.
The Recall seemed on course to accomplish its goal. Though polls have become increasingly bias and unreliable, even they began to indicate that indeed the Bear that symbolizes California’s independence had awakened from hibernation and was not at all happy at being disturbed.
But shortly after the polls closed on September 14th, the numbers didn’t appear to support the effort. While Newsom boasted on Election Night of his overcoming the scheme to destroy “Democracy” by radicalized Trump supporters, there was an immediate cry of “Foul” fueled by a growing number of allegations claiming his victory reeked of fraud.
Jon spoke on this issue, outlining how these allegations came to be, how Newsom was able to campaign against his recall without having to address the charges that placed him in the cross-hairs of California voters and most importantly what must Californians do in preparation of Newsom’s re-election campaign taking place next year.
Jon Matthews  is the current Treasurer of both Eagle Forum Orange County and Eagle Forum California State Chapters. He is also President of Eagle Forum Los Angeles County which was started earlier this year. He also produces and co-hosts “Sovereign Nation TV” a weekly conservative video podcast collaboration between Eagle Forum of California and John Birch Society with LA County JBS Director Joe Panzarello. Jon serves as a LA County Regional Coordinator for Election Integrity Project CA Inc. and chairs the California Conservative Party.
Jon was recently featured in an article written at The Federalist where he was asked to give an assessment as to the current political climate in respect to the Newsom Recall effort. ​ 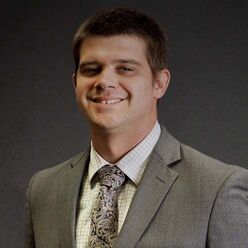 ​Nick Taurus, who is running for Congress in California’s 45th Congressional District, will be speaking on issues facing the nation.  He is a native-born Californian and has lived in the 45th district for the past 11 years with a short year and a half abroad in Hungary.  In his words, “I’d like to mention the impact of two disparate and seemingly disconnected places on my political outlook: Big Bear Lake, California, and Kalocsa, Hungary.  In our little community, everyone knew your name, and your word was your bond, and COMMUNITY meant something.  After college, these values were once again brought to my attention when I had the great honor of teaching English Language at a school located in the Pearl of the Danube, Kalocsa, Hungary.  The patriotism, kindness, and honesty of the wonderful people of Kalocsa had an indelible impact on my life and character.

Ultimately, I decided to run for Congress because I feel Orange County, along with the entirety of California, is under siege from the left.”

​Nick received a BA (Magna Cum Laude) at California State University Fullerton studying Medieval Hungarian History, the Nixon administration, and The Yugoslav Wars. “If elected to Congress, I will resolutely support America First.”
Being invited to speak at SCARWF should not be construed as an endorsement of any candidate.
​Also running for the Congressional 45th District on the Republican ticket are Brian Burley, Shawn Collins,
Terry Dale, Christopher Gonzales, ​and Amy Phan West, each of whom SCARWF hopes to hear from at our club in the near future, so that our members can make the most informed decision possible in the upcoming election.
Wednesday, June 24, 2020
12:00 p.m.
​Location:  El Adobe de Capistrano
​31891 Camino Capistrano
San Juan Capistrano, CA 92675
For Reservations Call (949) 493-1163
WELCOME BACK!!!

Please join us to see your SCARWF sisters & friends, meet new friends and talk about current political events and upcoming SCARWF events at El Adobe de Capistrano.
You need to call and make reservations with El Adobe
for June 24, 2020 at 12 noon.

When you arrive at the restaurant be sure to request to dine in the large patio area outside where they have wedding receptions if possible.  Please contact some of the SCARWF members you usually sit with and see if you can get a table together of 5 or 6 members.

El Adobe has a large parking area in the back of the restaurant and parking will not be a problem.