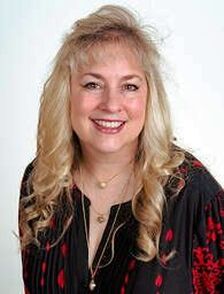 Like many patriots, I watched President Trump’s CPAC address. Seeing him looking well, happy, and anything but defeated raised my spirits, and his frankness in speaking about the stealing of the election and his disappointment over the courts’ refusals to investigate were vintage Trump. As he has been doing since 2016, he said what millions of Americans are thinking and feeling. Unlike politicians, President Trump speaks for the people.

When President Trump said that he was not leaving the Republican party because “We have the Republican party,” he  put to rest the rumors that the GOP is irredeemably fractured and will splinter. He gave us a renewed picture of ourselves not as weak or defeated, but as strong, as emerging from this terrible ordeal with singleness of purpose:
​to Make America Great Again.

But to combat Globalist policies and un-American mandates, those who stand for the traditional values of Republicanism must unify. Our challenge is twofold: vanquishing Democrats and career politicians/RINOs (Republicans in name only) in our own party and finding a way past the contention and discord among those at different places along the Republican spectrum. Taking a leaf from The Art of War, Democrats at least occasionally embrace the idea that “The enemy of my enemy is my friend.” However, many Republicans reject anyone who doesn’t completely subscribe to every view they hold, much like the Welshman who said (in modern paraphrase), “All the world is odd except you and me, and even you are a little odd.” In other words, we sometimes allow differences to disconnect us.

This same trouble has plagued the Christian church. Chuck Colson’s book The Body explains how Christians need to agree to disagree agreeably over matters non-essential to the faith and focus on the church’s primary purpose: offering the hope of salvation to a dying world. Disharmony over whether someone is baptized by sprinkling, pouring, or immersing; whether church music allows or disallows musical instruments; whether one says “Holy Spirit” or “Holy Ghost”; and even whether a fellow believer holds pre-, mid-, or post-tribulation beliefs distract the church from its purpose, muting its effectiveness. Colson asserts that Christians need “to renounce the petty, sectarian divisions that blunt the church’s witness in the world.”

Similarly, Republicans of all faiths (and those professing to have none) must find and hold fast to common ground. We must examine the principles that as Republicans we hold dear and from which we are unwavering, such as: defending the freedoms set forth in our Constitution and the timeless worth of the Constitution itself; championing equal rights and equality for all citizens, including the unborn; keeping our Country equipped to defend herself against all enemies foreign and  domestic; and requiring government to serve the people and not the other way around. 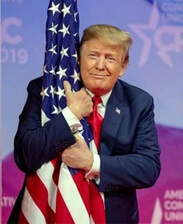 ​Republicans must never forget, stop talking about, or accept the theft of the 2020 election; the dereliction of duty of our court system, including our nation’s highest court; the suspension of the rule of law throughout our country (using the pandemic as an excuse); or the myriad of other horrors brought to us by the Democrats and other career politicians. We must embrace the
“America first” policies that got Donald Trump elected in the first place. We must never compromise with Democrats or RINOs who want us to “go along to get along” with that which we know is morally wrong.

But we must also recognize those who are on our side, whose views may differ from ours about whether or not to wear masks or to get the vaccine or who feel the need to stay home during this pandemic. When we find that we differ on non-essential matters, we must return to the common ground on which we agree.

We cannot merely agree to work hard so that the next federal election goes our way: Republicans must make restoring election integrity our top priority. We must also work now to elect true Republican candidates to even the lowest non-partisan offices in our cities and counties (not to mention working to elect true Republicans to the larger offices, such as Governor of California). Supporting the best candidates who truly represent Republican views and not diluting the vote by having numerous Republicans in a race would also help achieve our aims. In races with an abundance of “good Republican choices” (again, NOT RINOs, whom we need to oust), some less electable but good candidates should support the stronger candidates and seek other ways to contribute their skills. Such selflessness would encourage voters to consider supporting that same
candidate in future races or endeavors, especially if that person worked to shore up Republican
causes in the interim.

Although the fraudulent 2020 election has been allowed to stand, we can’t adopt the defeatist mindset of “taking our ball and going home.” Instead, we must work harder than ever, put aside great and small differences that we have had with fellow Republicans, and work towards our common goal of defeating anti-American candidates and policies. Even Republicans who opposed each other in previous elections must overcome hurt feelings and animosity and agree to go forward together if we are to defeat the Progressive agenda that threatens our way of life. And we have to counteract “cancel culture” by not merely making our voices heard about what we oppose, but by refusing to be silent and speaking up on behalf of people and views we support. A united, active, fearless Republican party is a force to be reckoned with and is what we must transform ourselves into if we are to Make America Great Again.