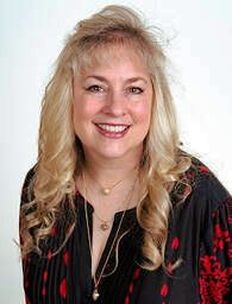 Susan St. Peters, SCARWF President
​“The Value of Your Presence” by Susan St. Peters
​
As a college professor, I often asked students in literature classes to identify important components of a meaningful relationship.  Quite frequently, the answers included something along the lines of “someone who is there for you.”  When pressed, they would usually explain “someone who is there” as someone who will show up when you need help, even at odd hours of the day or night, or someone who will drop everything to be with you, even if it’s inconvenient for them.  Alternatively, some students described this as “someone who’ll stand up for you or stand by your side when no one else will” or “someone who stays with you, even when they don’t know what to say or do.”  Nearly all of the attempts to explain the meaning of the phrase “to be there for someone” include the idea of an actual physical presence, with a distant second being connected by a telephone or computer screen when geographical limitations make actually being in the same room impossible.

This past year (and a quarter) of mandatory isolation with meetings solely in cyberspace or via telephone reveals just how irreplaceable and essential human contact is.  While seeing each other on screen is better than not seeing each other at all, human beings are social creatures, and nothing can replace looking into another person’s eyes, seeing a smile, and sharing a hug.  While young and old alike have been traumatized by the lack of human contact, the young who have less life experience with which to compare this year are particularly “shell shocked” by these radical changes.

Recently, SCARWF’s scholarship committee interviewed finalists in person to determine the winners.  After over a year of isolation, meeting with strangers, even like-minded ones, was in itself somewhat surreal and amazing.  Our day with these young people is indelibly imprinted on my mind.  One candidate’s informal words are particularly unforgettable.  When I walked him out after his interview, the young man turned to me and said, “Thank you for holding the interviews in person.  This is the only thing about my senior year of high school that has felt real.”  His words underscored the sense of loss that many, especially the young, experienced because of the lockdowns; our lives were put on hold, and that time can never be regained.  When I think of how close we came to doing the interviews online instead of in person, I’m glad that committee members insisted on in-person interviews.  Even though we couldn’t give all the finalists scholarships, we gave them our presence and our full attention, and we showed them that we valued theirs.  Our actions bespoke a belief in the return to normalcy, where human beings interact with one another in person, not the acceptance of a “new normal.”

In the same way, when we delivered the Operation Baby Shower layettes in person to the parents-to-be at Camp Pendleton, I was reminded of and blessed by the human interactions, limited though they were.  Every person (or couple) that we gave layettes and diapers to was glad but not merely for the tangible gifts received (although they were all grateful for and amazed by how much we gave them).  They were appreciative of the gift of our presence, of the fact that we were there and had taken the time not only to make and buy these great gifts but that we cared about meeting and wishing well in person those who would receive them.  They loved our expression of love and thanks, and every “Thank you for your service” brought genuine joy to their faces.  In short, with every gift came love and good wishes from those who were there and from all those whom we represented (the rest of SCARWF).  When we told them how many members we represented, they were astounded.  They shared with us a little about themselves, such as one daddy sharing with us the name of his yet-to-be-born daughter (but swearing us to secrecy) and one mommy (expecting baby #3) explaining that her family decided to wait until Baby #3 is born to find out whether it’s a boy or a girl so that the whole family can be surprised together.   We bring those stories back to you to enrich your lives as you enriched those of the young military families.  Again, the bridge is the in-person human interaction…being there.

​Gathering together after being unable to do so is like a refreshing balm to the soul.  There’s no substitute for being together and enjoying one another’s presence.  Pre-existing health conditions and high-risk factors still prohibit some from gathering with friends and loved ones; our hearts go out to you, and we want to remind you that you are not forgotten.

But for those who are able to meet in person, I especially urge you to join us at our June meeting if you feel safe doing so.  Being at the June meeting is especially important for two reasons, both of them having to do with our impact on today’s youth:  We’ll be honoring our scholarship recipients, and we’ll host college students from the Young Republicans, an organization on college campuses that upholds our values in Academia where most other voices are tearing them down.  In a world in which most media, celebrities, and government officials say to these young people that their conservative voices not only don’t count but are reprehensible and should be cancelled, our presence with them at this upcoming meeting (as well as our voices) will say the opposite.  Your presence alone shows support for what these young people believe in and reinforces for them (and for all of us) that they are not alone.  As last month’s speaker Michael Emerson said, when one person speaks out or stands up, he or she represents many others who felt the same way but didn’t make their views known.

In closing, I’ll leave you with a story from Federer’s America’s God and Country.  Eddie Rickenbacker, the most celebrated American aviator in France during WWI, was asked to go on a special mission to inspect the Pacific air bases for the Secretary of War in WWII.  His plane was shot down, and he made a forced landing in the Pacific.  For twenty-four days, Eddie Rickenbacker and seven others drifted aimlessly on the open sea.  Succumbing to exposure and dehydration, the crew would have died had not Rickenbacker, the oldest person on the raft, continually encouraged them that they would survive.  In his book Seven Came Through, Rickenbacker shared these words:

“I pray to God every night of my life to be given the strength and power to continue my efforts to inspire in others the interest, the obligation, and the responsibilities that we owe this land for the sake of future generations—for my boys and girls—so that we can always look back when the candle of life burns low and say, ‘Thank God I have contributed my best to the land that contributed so much to me’.”

That’s a pretty good definition of “being there.”