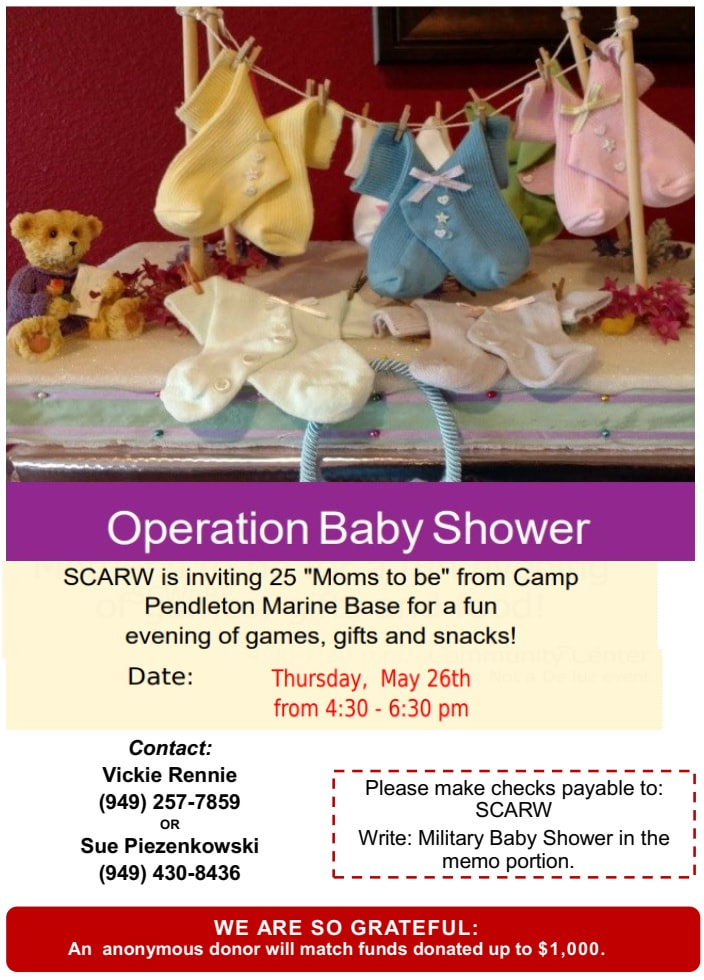 SCARWF’s annual event enables the members to meet each family, wishing
them a happy Thanksgiving while thanking them for their service to the country.
With the help of Albertsons, located at 989 Avenida Pico,
members of the local group were able to raise the funds necessary to feed the military families.

We would like to give a special thanks to Albertsons for all there help! 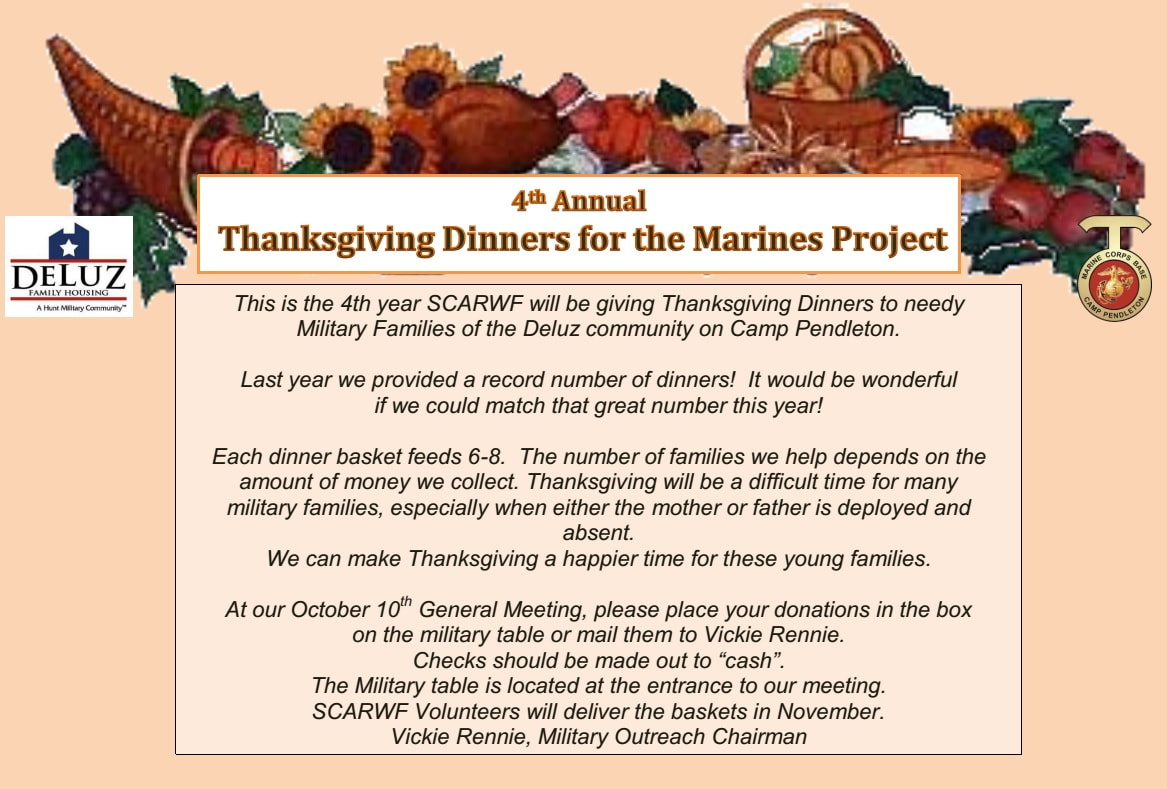