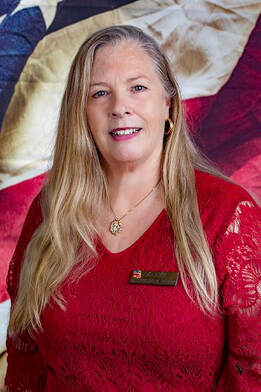 We are truly experiencing the most interesting time in modern American history.  It seems every day there is incredible news and events waking up the citizens of the United States of America.  We have had to endure riots and the burning of American cities run by Democrat Marxists for months.  We have seen Democrat Mayors and Governors doing nothing to stop this mayhem or open their cities and states.   President Trump has been under attack for his entire term of office.  Now we learn for certain that Hillary Clinton and the Obama Administration was, as we suspected, behind this entire coup attempt.  It has now been documented by the Director of Intelligence John Radcliffe in an official report that this attempted coup was implemented and sanctioned by Obama himself in order to help Hillary Clinton avoid scrutiny of her illegal server, 30,000 missing emails and her involvement in “Uranium One” during the election cycle and beyond.  This means EVERYTHING President Trump believed and said was happening is true.  The corruption runs deep and is a cancer within our government.  This report shows that not only elected and appointed personnel, but bureaucrats within the intelligence and law enforcement agencies were complicit.  They engaged in this unbelievable attempt to unseat a duly elected President.  The Deep State, Democrats and the media are complicit and are the forces behind this corruption.  Our elected officials have failed us.

We now know who is funding these criminals, the Democrat Party, Big TECH, the media giants, multi-millionaire celebrities, and huge corporations.  These entities are giving millions of dollars to the rioters with names like BLACK LIVES MATTER/Marxist (BLM) and ANTIFA/anarchist.  Why, because they want the American people to be distracted as to what they have been doing for decades and to stop our current President from revealing their treason.  We need to remember this when we buy from these companies or watch the news and movies.  Many are directly tied to China and depend on China.  China is now the biggest market in the world.  Our Politicians have given this power to China and have SOLD OUT America for decades.  We need to find out who these Politicians, Republicans and Democrat, are by investigating them and their family members.  It is all about money and power.  We must then prosecute them.  This is the SWAMP!

Last month we have had a taste of BLM in our “Little Village by the Sea”.  One of their San Clemente activists was busy trying to cause a riot.  A great example of how to handle the rioters was given by Sheriff Barnes before they destroyed parts of our town.  Our Sheriff sent out enough of a response to quash these misguided want-to-be rioters and arrested the bad actors.   Job well done!

Many of us watched the first debate.  It was truly disappointing but not surprising how Biden was coddled while President Trump was hamstrung.   But as usual Biden shot himself in the foot by lying and admitting he did not support the Democratic platform he had promised to implement at their convention.  He lost a lot of Bernie supporters and other Leftists.  They cannot deny that OLD JOE is a liar because he did it on live television during the debate.

Every day, we are thrown bombshells, too many to mention.  Now it has been reported that the President and First Lady are COVID 19 positive, but are not hospitalized.
We must pray for our President and all those who are helping him in this battle for our Republic.   May God Bless America!